skip to main | skip to sidebar

I have just published a verse novel called Vintage Ghosts (Francis Boutle publishers, London).  It relates the experience of a group of (mostly) old men who regularly look at and write to a website full of vintage images like the one depicted.  They yearn for the glamour and innocent eroticism of their youth. It's highly entertaining.  At least, it entertained me!
Posted by don at 6:35 AM No comments: 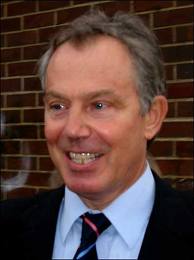 Prof. Higgs Boson today announced the amazing discovery of a new particle entirely without mass and with pointless energy, the Tonyblur.

While I'm useless with new technology, I do find I enjoy skyping with congenial people.  If you fancy skyping me, contact me at dmthomas@btconnect.com
Posted by don at 9:35 AM No comments:

don-whitehotel: Flight and Smoke
Posted by don at 8:00 AM No comments:

Francis Boutle publishers has just brought out my new verse collection Flight and Smoke, previously available only in a signed/limited edition. Price £7.99. Dirt cheap!
http://www.francisboutle.co.uk/
Posted by don at 7:56 AM No comments:

I’d whooping cough, so I was told,
at six weeks, or more likely six months, old;

although I seem outside my own distress
till I can breathe again. Primal, it’s less

a memory than something I still feel,
as real as now is. There’s a woman’s pale

face looking on, upset: I’m sure, my aunt’s;
and I am being held, although I can’t

feel mother’s arms: I seem to float
mid-air. It’s murky, from my sight

being still weak, I suppose; but I’m aware
of the pale face, and larger paleness where

I’ll later know one looks out at a carn.
This is where I was for an instant born

into myself, a being in the world,
and I don’t feel the cough, nor being held,

but love I see and feel. Including light.
And both seem known to me, and infinite.
Posted by don at 9:39 AM 1 comment:

from Russia with love 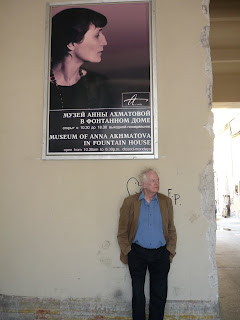 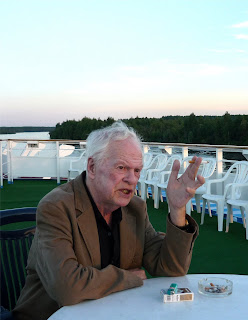 I notice that it's a full year since I wrote here. The main cause is Russia. In June, Angela and I took a cruise from Moscow to Petersburg, and it re-invigorated all my love for Russian culture, history and literature. When we came back I plunged into writing a long poem, The Russia Train, and when I'd laid that aside for a few months --since I was too close to it to be able to look at it critically-- I started translating Pushkin's 'Eugene Onegin'. I've finished that now, and I can draw breath. And hopefully write here from time to time.

I had a wonderful birthday present in January from Angela, a new website. It's at http://www.dmthomasonline.net/.

don
Truro, Cornwall, United Kingdom
I'm a poet and novelist. I'm known variously as Don Thomas, D.M.Thomas, DMT, DM. You can find out the more formal stuff, like a bibliography, through my website: click on 'my web page' in my complete profle. My most widely-read novel is 'The White Hotel', published in 30 languages. I enjoy passing on my experience and passion, and have enjoyed running writing workshops all over the world, including Humber College, Toronto, and Skyros, Greece.